Pioneers of the Paint II: Masters of the 19th Century

In a follow-up to 2010's landmark presentation of works by Edward Mitchell Bannister, Robert Scott Duncanson, Charles Ethan Porter,  and Henry Ossawa Tanner, Hearne Fine Art presents Pioneers of the Paint II,  another consummate exhibition of landscapes, figural work, and still life portraits produced in the 19th century. With the oldest artist, Duncanson, reaching international acclaim shortly before the ratification of the 13th amendment abolishing slavery, these four black painters are forever united by their desire and determination to create art in a hostile sociopolitical climates. Each artist's adept handling of the paintbrush is comparable to the products of contemporaries like Asher B. Durand and Thomas Cole. However, Bannister, Duncanson, Porter and Tanner have only recently began to receive the recognition they were so vehemently denied because of their race. Their works that have come to auction remain grossly undervalued. Director Garbo W. Hearne has curated a new display and sale of rarely exhibited masterpieces to facilitate viewers' personal connection to the past and spark new conversations about the techniques and motivations of the 19th century artist of color.

*HFA Director Garbo Hearne will also be in conversation with Rodriguez on Tuesday, February 5, 5:30 pm - 6:30 pm, in support of On Their Own Terms - a presentation of African American Art from the mid 1800s to the present on view at the University of Arkansas at Little Rock's Windgate Center of Art + Design through March 10, 2019

Juan Rodriguez, retired Art Dealer and Collector, presents a breathtaking collection of landscapes, figural work, and still life portraits four artists of color born in the nineteenth century. United solely by their desire and determination to create art in a hostile sociopolitical climate, these enigmatic painters defied all odds to achieve critical success in their lifetime. Today, this body of work continues to garner both national and international attention with the expansion of biographical research and an increase in museum acquisition. Be a part of the history lesson; immerse yourself in the 19th century! 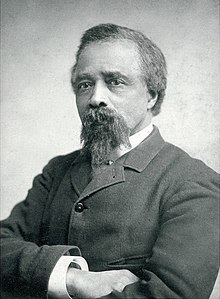 Juan Rodriguez was born in New York City in 1944. After finishing school he got a job with the Terry Dintenfass Gallery in New York City in the 1970s. During his time there he fell in love with art and began to collect art from the 30s. After some time he went to work for the Art 70th gallery, and soon he went on to own his own gallery. When Rodriguez met Mr. Bruce Llewellyn, from the Coca-Cola bottling company, who wanted to make a collection of African-American artists. They went around to New York City galleries, auction, and the country to buy art. This caused his love for 19th and 20th century African American artist who were not known at the time. In 2010, Rodriguez retired and has donated artworks to the Philadelphia Museum of Fine Art, the Norton Museum of Art in Palm Beach, Florida and the Donnell library in New York City.

We will process the personal data you have supplied in accordance with our privacy policy (available on request). You can unsubscribe or change your preferences at any time by clicking the link in our emails.